Duet (Wynter Wild Book 7) is OUT NOW in paperback 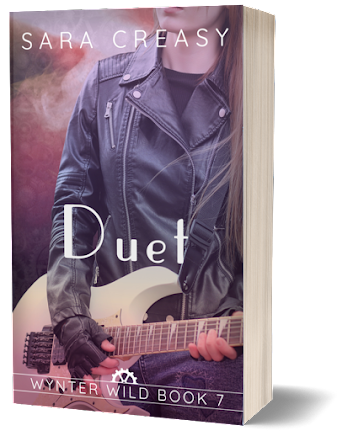 New paperback out today!
Duet is the seventh book in the series and introduces a new POV character Xay.

We've already heard a bit about him in the previous books, of course. Getting into his head was a refreshing change from the other four characters. He has a positive optimistic outlook on life, making the best of things, but harbors bitterness over what happened to him and his best friend Roman at the ashram. When he finally discovers that Wynter escaped the Light and is living what he believes is a dream life in Washington, it raises all kinds of self-doubt in Xay.