Expectations of the genre

I'm blogging on Supernatural Underground today. Win a signed copy of Song of Scarabaeus by commenting (over there, not here) about your expectations as a reader when it comes to the science and mythology of SF and paranormal stories. 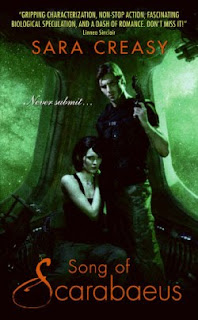 All can now be revealed. Actually, MCP has already revealed it on his blog yesterday and I couldn't steal his thunder. But this is relevant to me in more ways than one. Firstly, he's my husband so I have as much interest in his career as in my own!

Secondly, his new agent is... none other than my agent, Kristin Nelson. She offered him representation after reading a science fiction book that he actually wrote for yours truly a couple of years ago. Prior to that he was (and still is) working on a fantasy trilogy. He's extremely widely read in both SF and F, about a hundred times more so than me (literally) and he's an amazing writer. His first drafts are more polished than my seventh and take half the time to write. So expect copious and fascinating works of speculative fiction from MC Planck in the future.

Blast from the past: query letter for SoS

I'd forgotten about this... A few years ago I submitted my query letter for Scarabaeus (as it was then called) to Evil Editor, who savaged it, as is his wont. Here's what he had to say.

Kristin Nelson blogs aplenty about query pitches, and you might get more mileage out of her posts on the subject. (Scroll down to Agent Kristin's Query Pitch Workshop on the right of her blog page.)

My final query letter to Kristin, the one that caught her eye--not that different from the one Evil Editor read--was as follows:

Dear Ms Knight, [Yes, I FORGOT TO CHANGE THE NAME from the previous email I'd sent. Reader, don't do that.]

I recently read Linnea Sinclair’s Gabriel’s Ghost. Your success representing women’s science fiction leads me to believe you would be an excellent agent for my work. Scarabaeus is a 110,000-word science fiction novel with a touch of romance.
Edie Shade has been trained since childhood by the oppressive Crib government to create and program advanced technology called “biocyph seeds”, which turn planets into habitable colonies. She is kidnapped for her valuable skills and coerced into working for mercenaries who steal biocyph and sell it to the outlawed Fringe worlds.
The dark and mysterious convict Finn is assigned to be her reluctant bodyguard. Their relationship is strained by the fact that he is motivated to protect her by a chip in his skull that will kill him if she dies.
With the authorities on their heels, the mercenaries take Edie back to Scarabaeus—the planet she first visited as a trainee, seven years ago. Awed by its beauty, she sabotaged that terraforming project in order to preserve the alien ecosystem.
But Scarabaeus has been evolving—under the control of mutated biocyph. As the mercenaries fall victim to the dangers of its terrifying jungles, Edie risks her life—and Finn’s—to save the world that her naïve meddling created.
Scarabaeus is the first of a series, to be followed by Children of Scarabaeus and Soul of Scarabaeus. I use futuristic concepts of genetic engineering as the backdrop for the novels.

I have a BS in Biology, and I was the associate editor of ’s foremost SF magazine, Aurealis, for several years, before moving to the in 2005. I work as a textbook editor. If you are interested in considering representation, I’d be happy to send sample chapters or the complete manuscript.
Sincerely,
Sara Creasy
Kristin ultimately rejected the full manuscript but gave tons of great feedback, so I rewrote it and resubmitted it, and now my book is on the shelves!
2 comments:

Here's MCP's blog, which he just set up (with imported older posts from a previous blog).
No comments:

Wonderful end to the week

Woohoo! An fantastic agent has offered my hubby representation for his SF novel - I'm so thrilled for him. He has amazing talent as a writer (not to mention as a plotting partner, editor, and cheerleading squad when I've needed him, which is lots) and truly deserves success.

Keep your eye out for MC Planck! More info when i's are dotted and t's crossed.

And now I must think about making him a website...
4 comments:

Busy busy busy writing... Meanwhile, I miss my newborn! Fortunately I have a gorgeous, contented, very well behaved 5-week-old to make up for it. 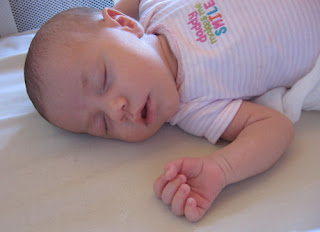 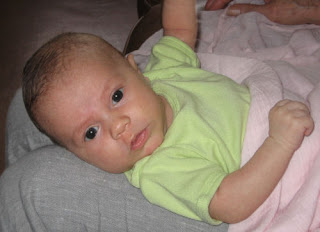