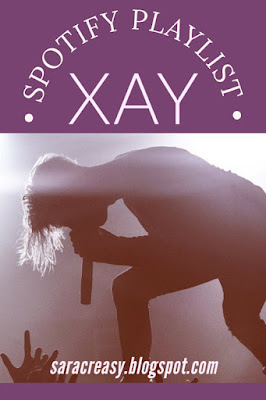 It's not really a spoiler to say that in the forthcoming and final book of the Wynter Wild series (The Beat Goes On), Xay Morant is going to launch his singing career. He's a rockstar through and through (or will be, he hopes!) - and I've put together this playlist to give you an idea of the kind of music he sings. Follow me on Spotify to find more playlists for the Wynter Wild books:

If you don't listen to anthemic rock music (as opposed to the indie rock of Rule212), these songs might be an eyeopener. They're mostly from current but not particularly huge bands (in some cases, unknown bands) including a couple of covers. In style and lyrical content they represent the spirit of Xay's music. Cigarette-lighter songs included!