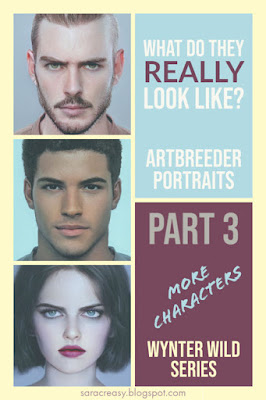 This is the final (I think!) set of portraits created on the Artbreeder website to illustrate the characters from my books. In Part 1 I showed you the main characters and their immediate family, and in Part 2 the girlfriends and boyfriends of Caleb, Indio, Jesse, Wynter, and Xay.

Here are the four Palermo cousins from Vermont: Alyssa (an art student), Jessica (who claims to look like Jesse), Paige (Jesse's favorite, because of her inquisitive mind), and little Daisy: 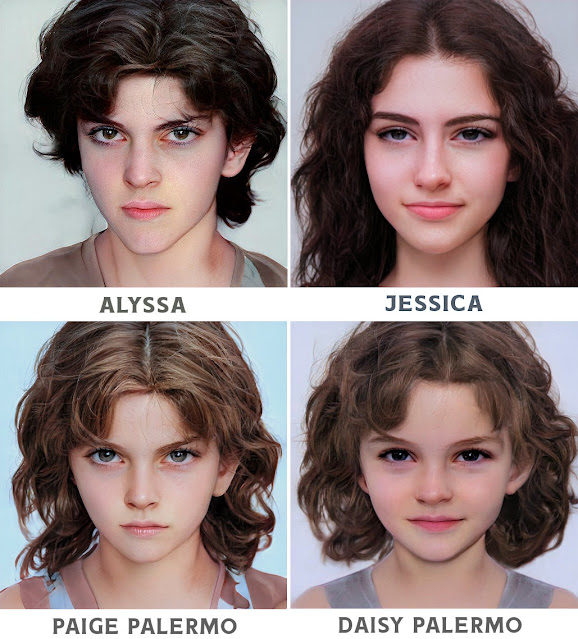 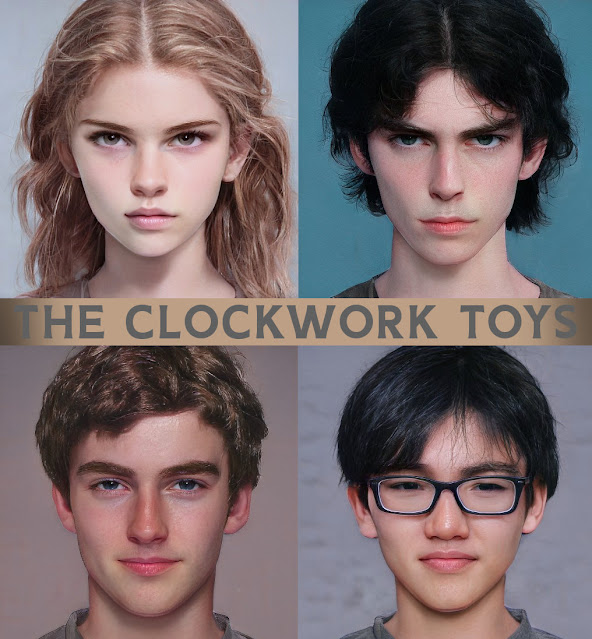 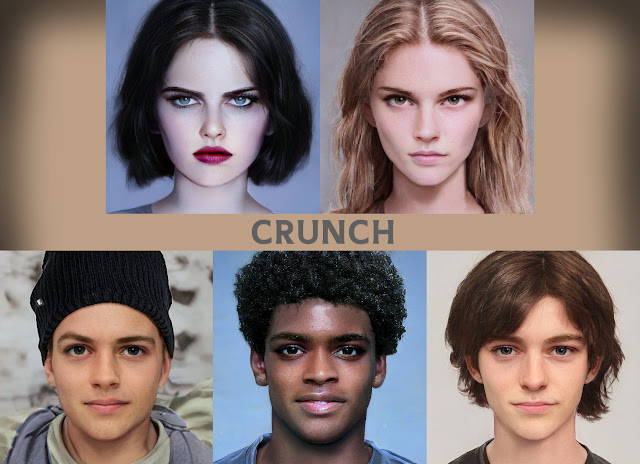 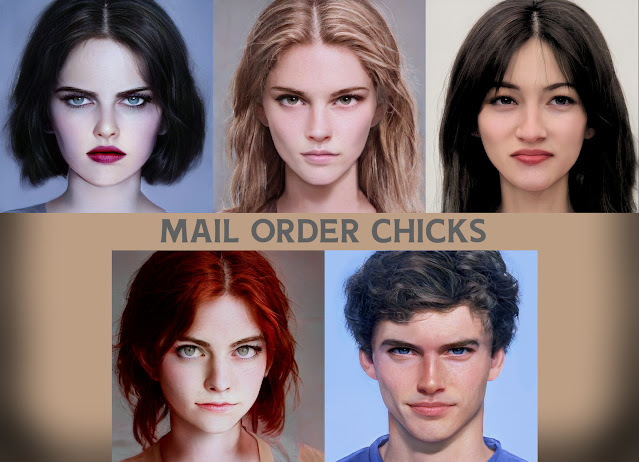 Now for best friends. Indio's friend from college, and guitarist for Blunderbelly, is Anže Turk, who has three older sisters. We only meet Lia in the books, but we hear about Klementine and Jesse would certainly like to meet her...

Jesse's best friend since grade school is Marcus - here he is, along with his brother Eric (Wynter's first boyfriend). Also pictured is Scott, the sound engineer who had one date with Wynter before becoming Jesse's good friend:

When Wynter moved to her second foster home in Enumclaw, her new social worker was the "hip" Svetlana. Madeline was her informative foster sister, and Debra her foster mother who was always more interested in her two little boys than the two older girls.

Wynter's best friend is Quinn, while Caleb's new friend is Crusoe from the Californian band Feckless, which stayed at the Blue Bunker at the start of book 10. Luke is trying to just fit security systems but keeps getting caught up in the Fairn/Wild family dramas. Because of this, he has a handful of point-of-view chapters throughout the series.

And here we have the two women who made Wynter's life hell for the first few months after she left the ashram - her foster mother Rosa, and her social worker Tina. On the right is Charlie, the reporter who's been writing about the Light for years, and is now living in Patricia's cabin writing murder mysteries and sending candy.

This is Shelley (the band's promoter) and her sister Ashley, a nurse living in Canada. The third image is of a woman we're about to meet in book 10. She has a piece of a very important puzzle...

Finally, let's take an unpleasant trip back to the ashram: Here's Lawrence as a younger man with big dreams, along with Althea, also in her earlier years, and Abner as he appears in the later books. Creepy! Also pictured is Sean (Joy's husband) and Raya, the brainwashed devotee from the Light who is not fond of animals. 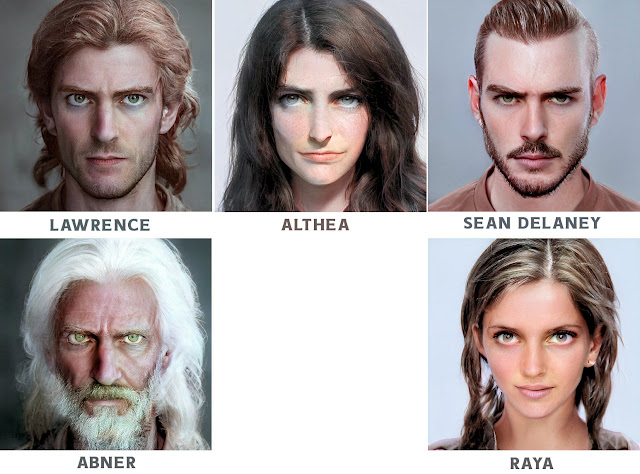 This one might be a little too sad, but here are a couple of cute four-year-olds... 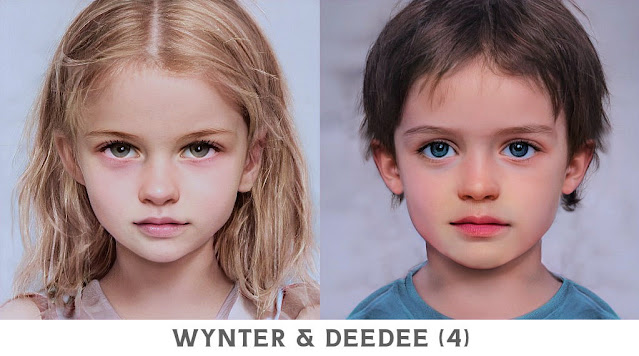 And I had to add little Theo! He's one year old by the end of the series. 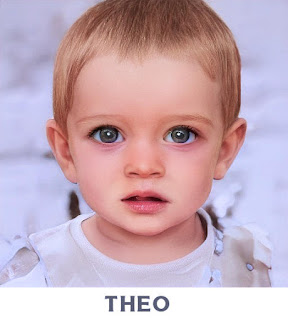 Head to the Wynter Wild Wiki for more information on all the characters.