I've updated the digital composite picture I made of Wynter's home on Tiger Mountain. This one adds the garage and improves the driveway. On the left is the concrete area used as a basketball court. The goat pen, veggie patches, and "Wynter's garden" with the stone wall are hidden by the main house. 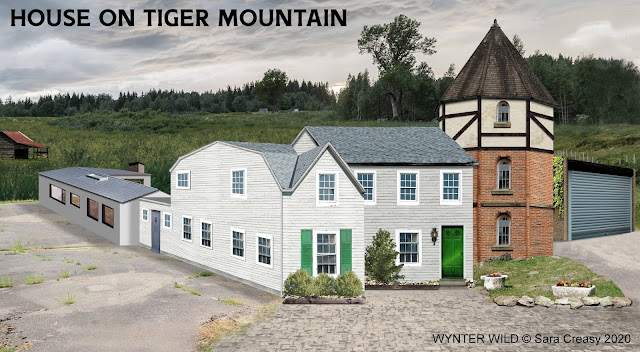 Below, I've labeled the rooms as they currently are (that is, after Indio moves in):
Indio lives in the extension at the back (at the very end is the basement stairs) opposite the family room. The deck runs alongside those rooms and around the living room (not labeled, but it's straight through from the front door). Jesse moved into the tower. Caleb and Wynter swapped rooms a while after they moved in, so she has the master. The guest bedroom was a nursery for a while... 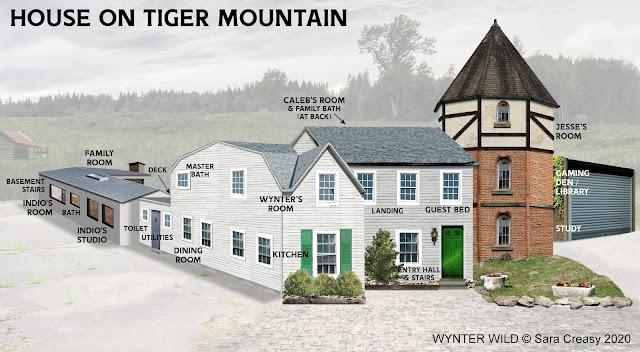 Check out my Sims walkthru here, although those images are less accurate because of the program's limitations.