For her tenth birthday my daughter asked me to make a birthday cake that looks like her ice dragon:

Dragons and cats are her favorite things, and I was so hoping she'd ask for a cat cake... but no problem! I can make an ice dragon cake! Here's how I did it.


I found a couple of online tutorials to give me some ideas. Given my cake-baking skills are hit and miss, I started with a pack of Coles sheet cakes. I cut two semi-circles from one of them. (This will be a small cake.) 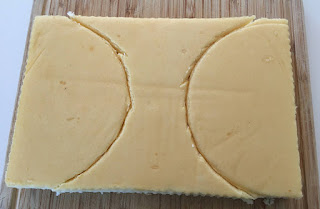 From the leftover cake I cut various shapes and arranged them to make the rest of the dragon and stuck them together with buttercream: 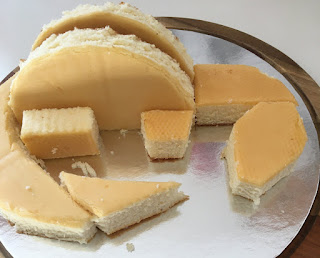 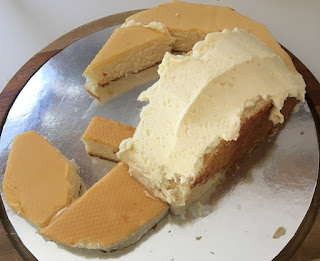 This is the stage where I started to think This looks like crap and it's never going to work. But I persisted.

Ice dragons are white and blue. The problem with buttercream is that butter (at least in Australia) is very yellow and therefore buttercream is yellow, and when you add blue food coloring you get green. The ice dragon is now a... buttercup dragon. Good enough.

After covering with buttercream it looks like this and I'm wishing I'd just made it a green or purple dragon instead: 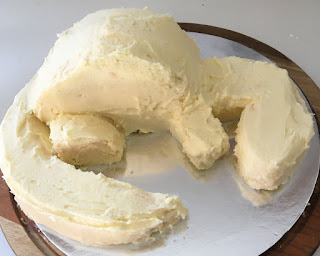 I'm also thinking this looks okay for a five-year-old's cake. They're not too fussy at that age. My daughter is ten.

Anyway. She cut wafers in half diagonally to make the spines down the back, trimming some down for the smaller pieces at each end. I made eyes from white fondant, coloring a tiny bit green for the centre part and sort of bleeding it with water in an attempt to make it look dragon-like. I forgot that dragon eyes aren't at all white. Should've used candy for the eyes. Should've done many things differently but I'm sure it'll work out...

The flames are cut from fruit roll-ups - I used the rainbow ones, leaving off the green (which come to think of it, I could've used for the eyes?). 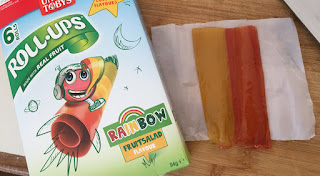 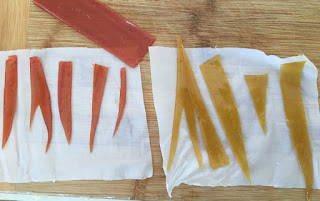 For the treasure I added caramel popcorn (to look like gold nuggets) and clinkers cut in half (sort of like geodes??). I cut the wings from blue craft foam. And per the online instructions I attempted to mark scales into the buttercream but all that did was pull the cream off the cake, so I gave up after making a start on the tail. 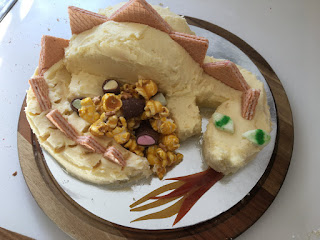 And here is the ice dragon and the dragon cake, side by side. You can hardly tell the difference! 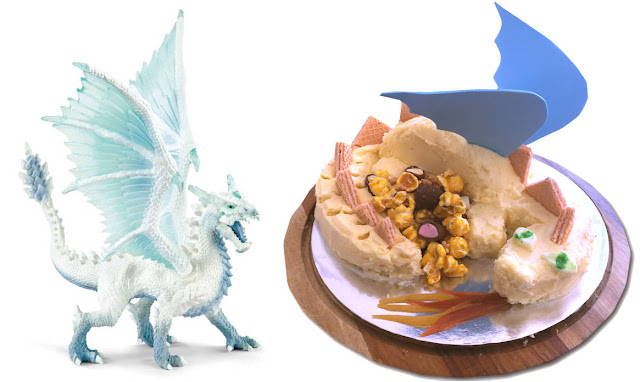 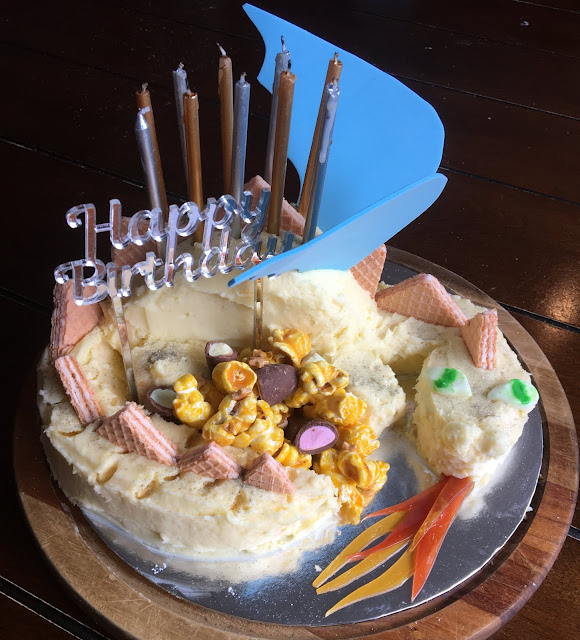