In my previous post I showed pictures of the various homes (and a boat!) lived in by the family in the Wynter Wild series. In this post I'll take a look at the two houses they visit for nostalgia's sake in Montana, along with the Montana homes the children grew up in even before then.

In my next post I'll show you some of the other characters' homes and hangouts.

In Minor Key (book 8), the family visits the two homes in Montana where the boys grew up (at least, the last two homes they lived in - they moved around with Miriam before this).

This house in Anaconda, then a copper mining town, was purchased by Harry's parents in the 60s. Harry was born here, and so were Caleb and Indio and Joy. The boys returned in 1997 when they were 9, 6 (almost 7) and just 3. They lived here with Harry for 6 years before the move to Washington. For the most part this was not a happy home for them. 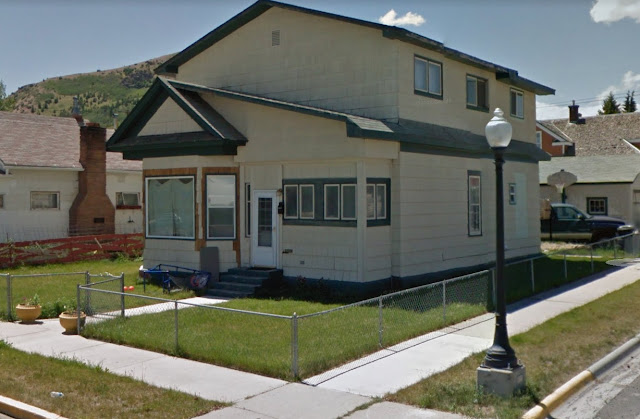 Here's the view down the street, where the boys no doubt skateboarded and kicked a ball around - with their dog Skar, while he was with them. You can see the hills of the old copper mine (and smelter) where Harry's father worked.

And the creek at the other end of the street where Caleb gets that text message (the creek is running L to R behind the row of trees on the bank): 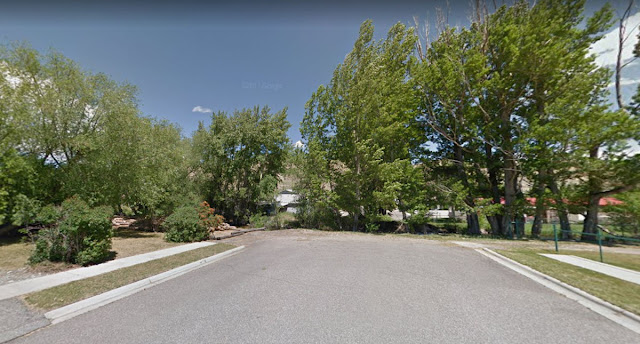 Going back in time... the last house the children lived in with Miriam was in Missoula, a rented property where they stayed for six months. The driftwood (or whatever it is) under the window gave me the idea for the dragon. 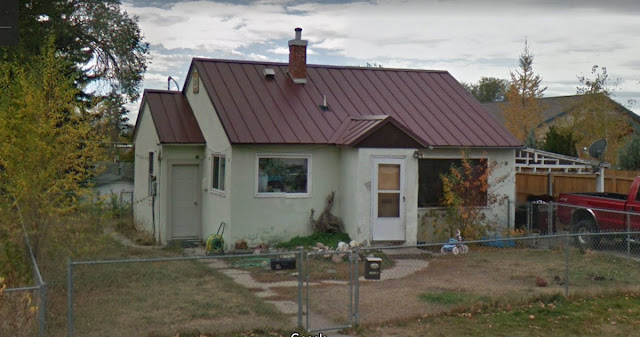 Here's the historic schoolhouse building where Caleb and the twins attended elementary school in Missoula: 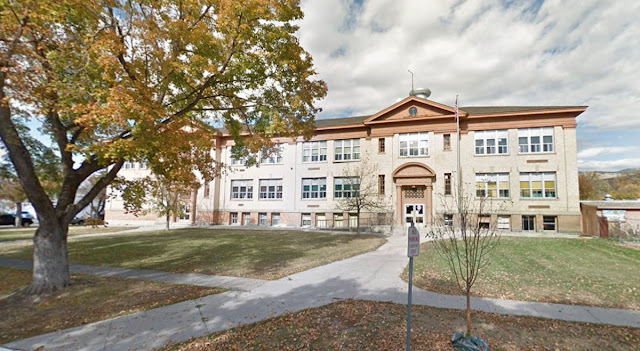 Here's the part of the Clark Fork River where Indio went as a child, and later wrote the song about (Barely Hanging On). He was playing on the north tree-lined bank behind the big store. 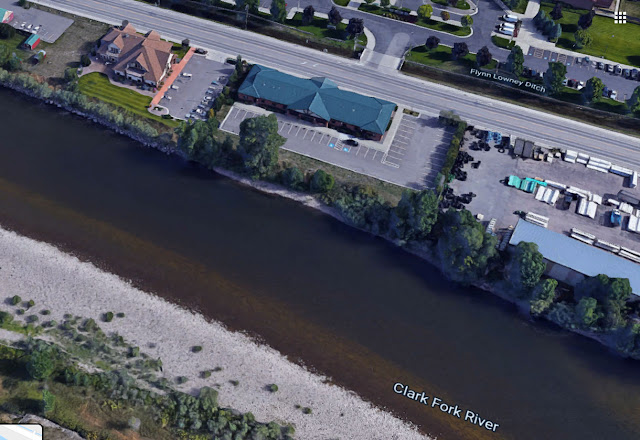 Before Miriam rented the house in Missoula, she lived for a few months in Great Falls, in the pink house that Indio tried to paint brown. This is an example of why I love doing the research, because I only came up with that story after finding this house on Zillow by filtering results by size and price - it happened to be pink! (It's currently worth $65K, fyi.) The twins turned 6 and were just starting kindergarten while living here. 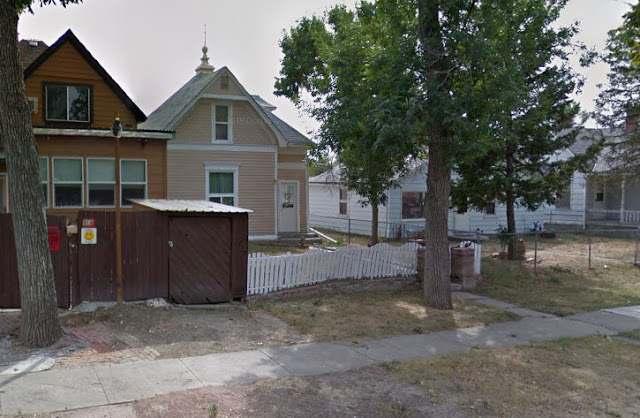 And before that, they lived in Bozeman for one summer. While Miriam was selling Light paraphernalia door-to-door, the children were often left alone here for the whole day. Caleb (8) and Indio (5) would play bad guys along the fence bordering the county detention center next to their apartment block. This photo shows the apartments and the detention center in the background: 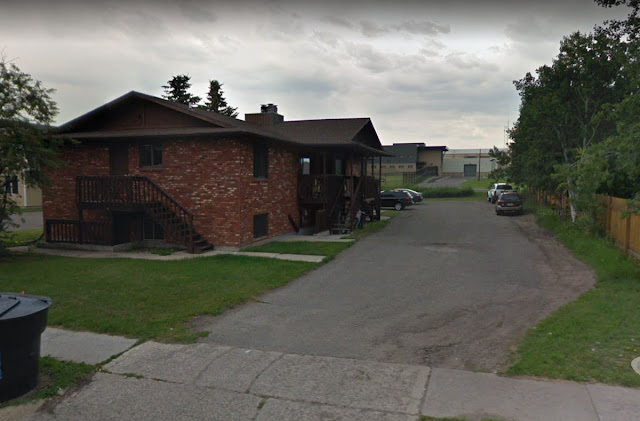 Going back even further... the first place Harry and Miriam lived after moving out of his parents' in Anaconda was this duplex in Billings. They moved to be closer to the Light office. Jesse was born in the hospital, Harry was kicked out, and then Miriam lived in this two-room rental with four small children for 2 years. The older boys camped out on the living room floor that whole time.

Here's a map showing all the places the boys lived, starting with Billings - they basically just kept moving west. (On the far left is Spokane WA, the last stop before Montana on the Rule212 tour in Minor Key.) 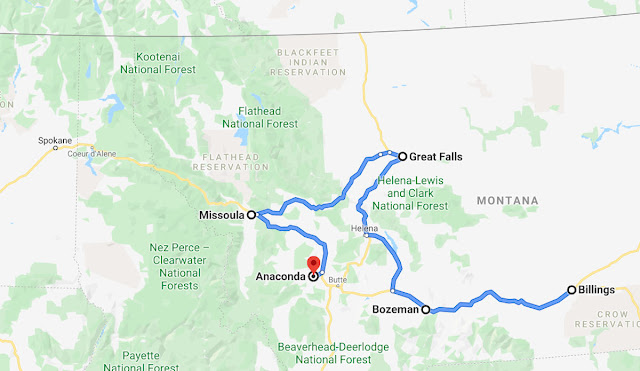