Rhubarb Crumble, Or Not

My sister's green thumb rescued my rhubarb plant (see previous post), and this week she gave me a bundle of its bounty so I thought I'd post a crumble recipe.

I grew up on apple, rhubarb, and peach crumble (not all in the same dish, except for the first two, sometimes) and my mother claims she used the recipe from the old Be-Ro cookbook, published in the 1920s. (Be-Ro was a brand of flour.) I also grew up using this cookbook for cakes and pancakes, etc. 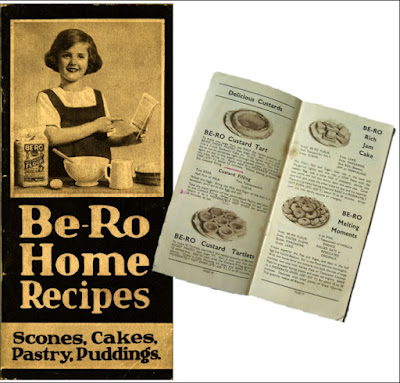 The crumble recipe called for rubbing in the fat and flour, then adding sugar, and baking it as a topping on stewed apple. Over the years we modified it a bit, such as adding oats or desiccated coconut, using crunchy raw sugar instead of white or soft brown, and using half self-raising flour to add some texture.

But recently I decided to look up "crumble" and discovered a much better method. If you're using the old method (even Jamie Oliver does, but what does he really know?) you're doing it wrong! A far superior and much easier way to make crumble is to melt the butter and stir in flour, sugar, and oats to create a lumpy mixture that bakes into a sort of granola bar consistency.

Anyway, yesterday I set about making rhubarb crumble, knowing I'd be the only person in the household (including our two houseguests) who would actually want to eat it. Rhubarb is very tart, which I love but not everyone does. I usually cut it with (tinned) stewed apple and add a little sugar, although the crumble is already sweet. Here's my delicious bundle of rhubarb - my sister had frozen it so it's kind of soggy here, but it goes complete soft and soggy when you cook it so the consistency doesn't matter. 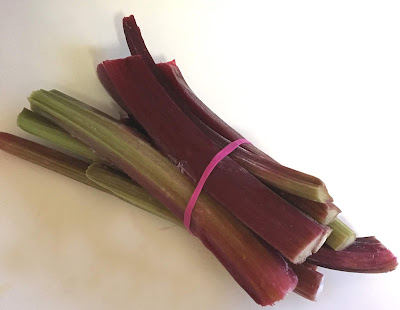 I suggest precooking it because it produces a lot of liquid that may need straining off. I used to stew it on the stove, but 90% of the time I'd forget it was there and end up with a dried-out stinky mess and a ruined blackened pot (you cannot get that stuff off). On my sister's advice I now precook it in the oven. Half an hour at 160C is fine. If you're using fresh apples, cook them along with the rhubarb. I use tinned Granny Smith apples because they're easier and cheaper than fresh, and I add that afterward with the crumble topping. 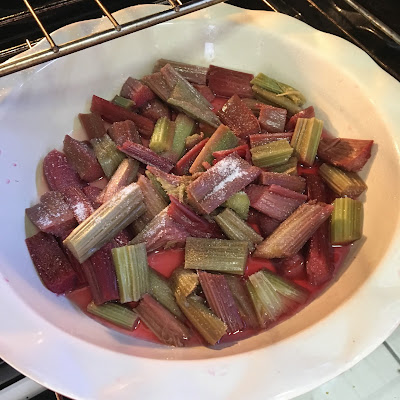 I set my phone timer because I was busy writing that afternoon. Some time later, I reset my phone timer because MCP needed to pick up our houseguests from the train station... somehow totally forgetting I'd set the timer for the rhubarb. Or maybe the timer already went off and I didn't hear it? (My phone sometimes gives a little burb when the timer is up, nothing more, certainly not an alarm, so I might've missed it.)

Here's where I'm supposed to show you a picture of delicious rhubarb crumble, but instead you get this: 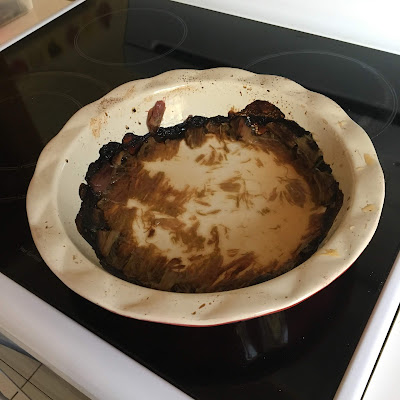 Yes, I forgot about my beautiful rhubarb. About two hours later the smell reminded me, and now I have a ruined blackened pie dish, no stewed rhubarb, and no rhubarb crumble.

The same topping can be used for apple crumble, of course - add lemon juice to the apples (if using fresh), and cinnamon. You can also add berries to the apples. Also works for peach crumble (using tinned peaches, and include a little of the juice).