Yesterday I wrote a tutorial to make your own dragon wings. Today I made the spines and tail for the costume, and here's how.

I wanted a long row of spines, with tail attached, that I could pin onto the costume after the wings were harnessed on. I cut two 3cm-wide strips of plastic sheet (from a poster frame), but you could use sturdy card although it won't give the tail the same "bounce" as plastic does. Whatever you use, it needs to be something with firm edges, so you can pull the felt triangles around it, which forces the triangles to stand up straight.

For the spines my daughter chose white glitter felt, which comes in A4 sheets. You could use card, maybe metallic-coated or with a pattern, in a color that matches the rest of the costume. It needs to be able to stand up by itself.

First, make a template. I wanted 3 triangle spines from each sheet of felt with as little waste as possible (it's $1.50 a sheet!). The spines are made of doubled felt with a strip through the middle the same width as the plastic strip. So for a 3cm strip, the lower edge of the template is 1.5cm deep. The paper template below is pinned to folded felt, with fold along the bottom:

Cut out and open up. I made four of these (12 spines), with the last 6 triangles (along the tail) getting progressively smaller. 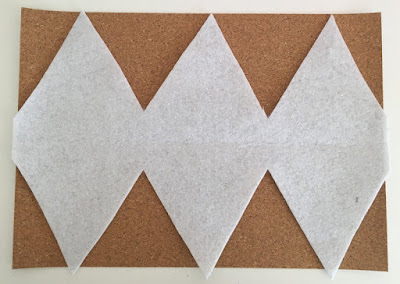 Begin hot-gluing the plastic strip along the center of the spines. I left 1cm of felt clear (on the right in the picture below) because that's where I'll pin the entire strip to the neck of the costume. 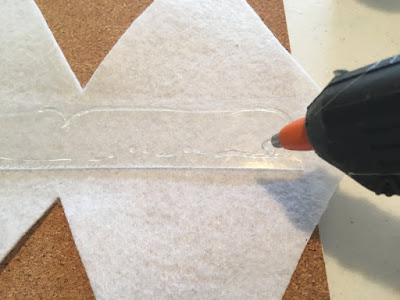 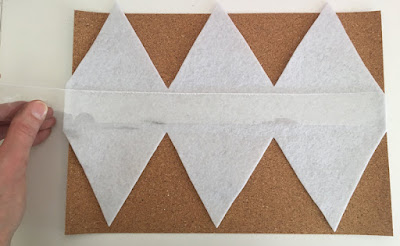 To make the spines stand upright, work on one spine (pair of triangles) at a time because the glue dries fast. Glue along both edges of the plastic strip as well as the top of the strip. Fold up the triangles so the points meet, and press the felt down onto the plastic along the base of the triangle. 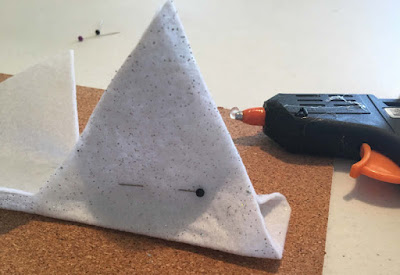 Here's the top half of the strip with the spines all glued: 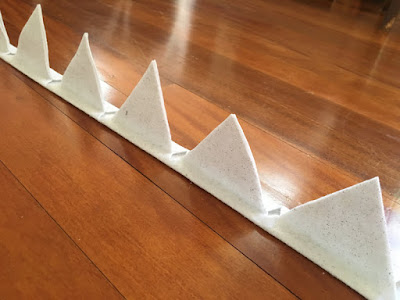 I used two strips of plastic, so I had to join them together halfway: 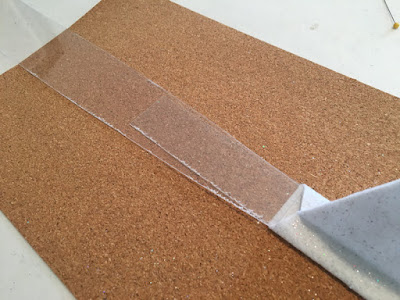 I also varied the width, widening it slightly were it comes away from the body to form the tail, then narrowing again at the point. The end of the tail is just two triangles of felt - this photo shows the first, without the other half stuck on top. The spines are very small at the end here: 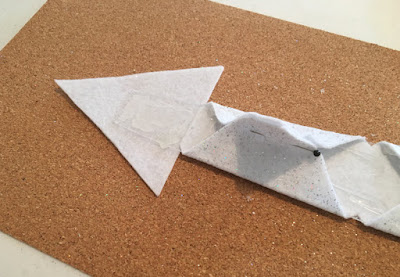 And here's the completed back and tail strip. It starts from the neck, and the tip of the tail just brushes the floor when my daughter wears it:

Here's another view to show how flexible it is because of the plastic strip. 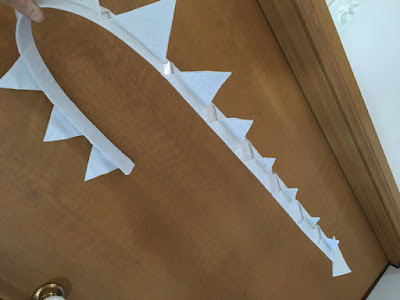 I intend to attach it with a safety pin at the neck, and velcro dots or adhesive velcro going down the back, and then the last half is free as the tail. This thing only has to last through one hour of trick-or-treating, so I think that should work.

I also made a chest piece for the dragon costume, to pin or sew to the front of the t-shirt. It's an oval of the white glitter felt backed with an oval of white fabric, with wadding between. I sewed all around the edge and then sewed horizontal lines to look like a dragon's belly. Pretty rough and ready, I know. 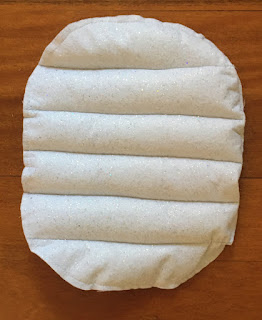 Hopefully it all comes together tomorrow when my daughter wears the costume for the first time.