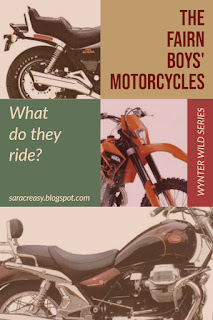 Wynter's brothers each ride a different motorcycle. I know nothing about motorcycles, except what it feels like to ride on the back of Caleb's bike because my husband owned it, back in Arizona.

Caleb's bike is the 1985 Honda V65 Magna. It was manufactured for a few years during the mid 80s, and as the first power cruiser it really was called the "Beast", V4 engine, 1100cc, 116 horse power, with fast acceleration, low vibration, and high top speed. The bike below (1983 model) includes the "goofy" saddle bags that Caleb is so proud of. All photos from bikez.com. Click the images for more info. 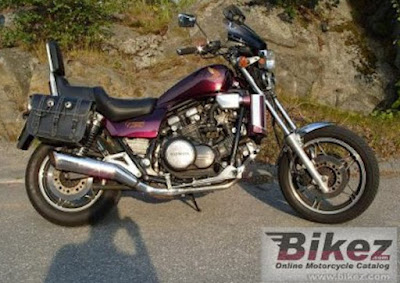 I asked my husband's advice on what the other boys might ride. Indio, as an artist, appreciates beauty and likes to keep a few beautiful things in his life - whether he can play its strings or ride its wheels. He rides a 2002 Moto Guzzi California, an Italian bike "inspired by the golden age of American cruisers", V2 engine, 1100cc, 74 horse power. 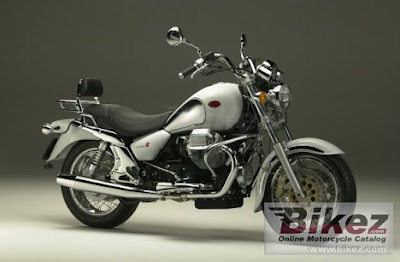 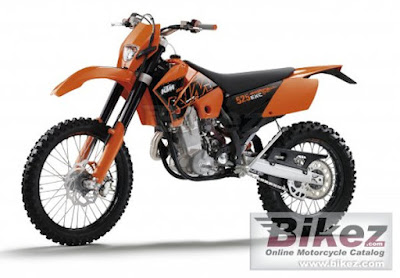 Much as he loves his bike, the one he fantasizes about is the BMW R1200GS Adventure, for touring and off-road, 1170cc, watercooled... and $16,000 new (in 2013). Once he has the money, he'll have to choose between upgrading his bike or getting that confessional box. 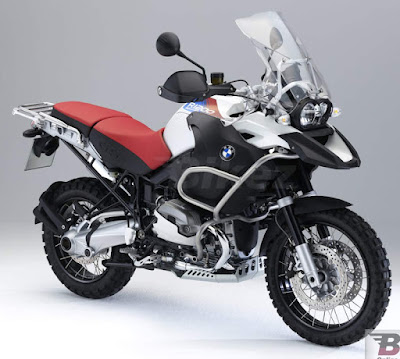 From Out of Tune (Wynter Wild Book 2):

Caleb laid down the law. “You’ll ride with me.”

“Your bikes all look the same to me, anyway,” Wynter said.  Other than being different colors, this was true. Yet all three of her brothers exchanged incredulous looks.

“Don’t tell Indio his fancy Italian bike looks the same as a Honda!” Jesse scolded her.

“Don’t talk about my Honda like that!” Caleb retorted. “There’s a reason they call this the Beast.”

“What is the reason?” Wynter asked, hopping on behind him.

“I wanted this bike since I was eight years old,” Caleb said.

Wynter turned to Indio. “How many horses does yours have?”

“About two-thirds that. But I don’t have to stop every two hours for gas.”