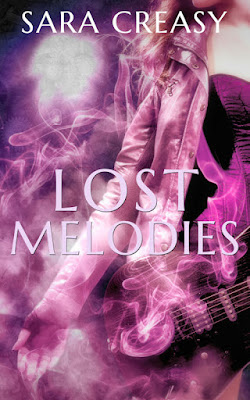 Here 'tis! Lost Melodies is the fourth installment of the Wynter Wild series. I've almost finished uploading book 3 to Wattpad, and it'll be a few weeks before I start uploading book 4. NOTE: It will be tagged "Mature" on Wattpad, as it's suitable for ages 16+ due to adult themes (among other things).

Meanwhile, I'll be posting a bonus chapter there (actually part of the prequel, which will become flashbacks in a future sequel) about the first time Wynter and Xay met at the ashram.

Wynter's dreams are coming true: after more than a year in foster care, she finally has the home she always dreamed of when Caleb buys a ramshackle farmhouse on the mountain. Her experience of the world is growing, with Jesse to guide her at every step (even when she'd rather he didn't). She has her first boyfriend, her first job, and a new hard rock band at school.

But one of her brothers is hiding a shameful secret. Just when her hopes of a united family seem possible... he's gone.

And one by one, her other successes are falling apart. How will Wynter cope when her desire for a simple, safe life is under threat?